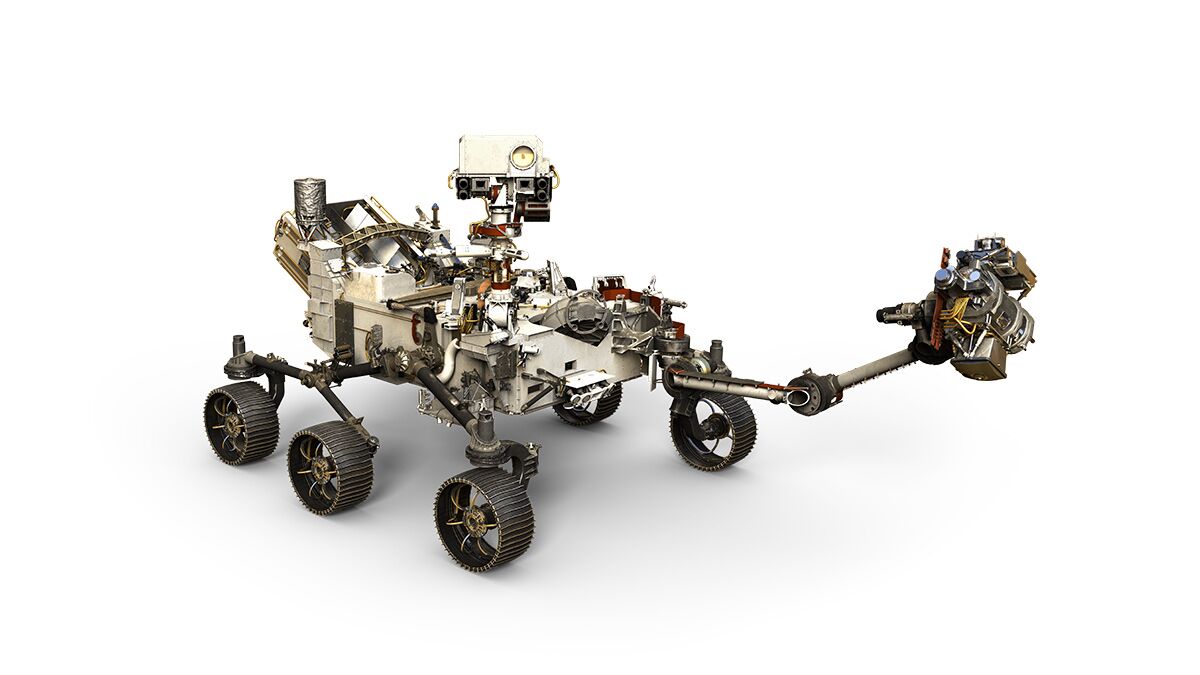 There is a “hand” with a couple of scientific instruments mounted on the end of the rover’s robotic arm. Additionally, the rover will collect samples from the Martian soil and leave them on the surface, hence providing five sampling tubes on board as well as a driller to extract subsurface samples.

The rover is powered by a “Multi-Mission Radioisotope Thermoelectric Generator”, with two lithium-ion batteries available for electricity storage.