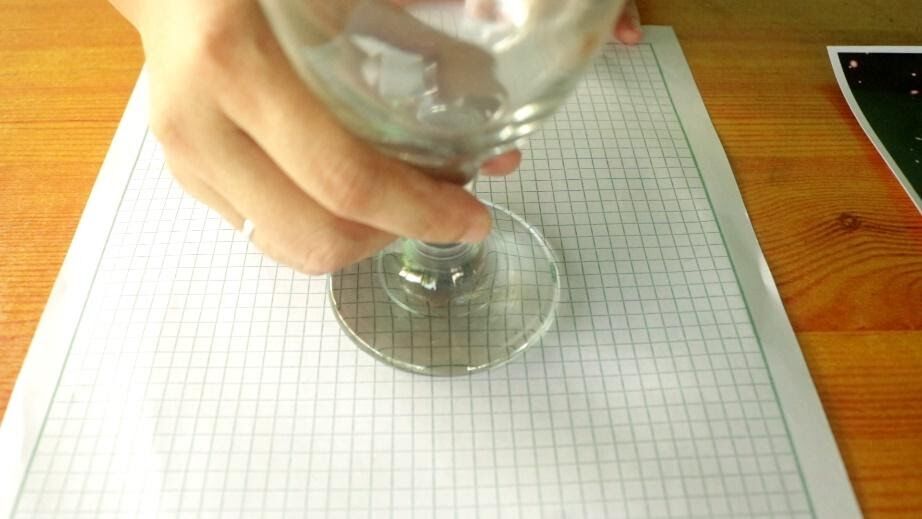 Gravitation Lensing is a concept that explains the bending of light around the massive objects in space. Albert Einstein proposed this concept in his General Theory of Relativity.

This experiment doesn’t simulate the real bending of light; instead, it demonstrates the concept of bending using light refraction from the circular base of a wine glass. The circular bottom of the wine glass acts as Lense.

As you look through the wine glass base, you will Notice the “straight” graph lines bend as you move the glass slowly across the paper. Lines in the graph that are closer to the center of the base will curve more than lines close to the edge of the base.