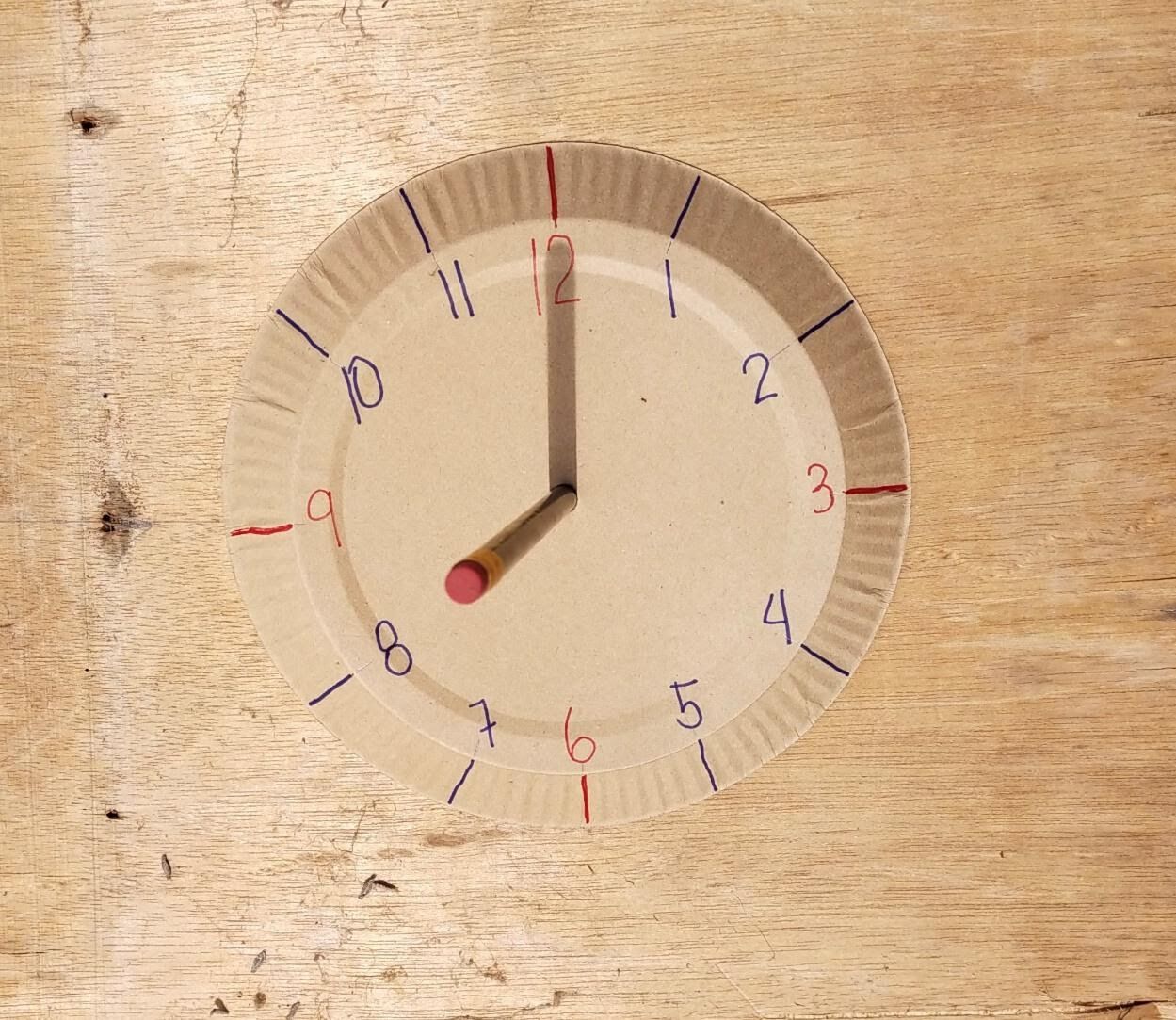 In the early days before clocks were invented, people used a simple device called sundials to tell time. This device used a perpendicular stick to cast its shadow onto the ground. The shadow of the Stick moves as the sun moves across the sky. The position of the shadow indicates the time of day.

In this DIY activity, we will make a sundial using a paper plate and pencil as a stick to track time. You will also learn more about the earth’s orbit and how it affects the sun’s position in the sky at different times of the day. 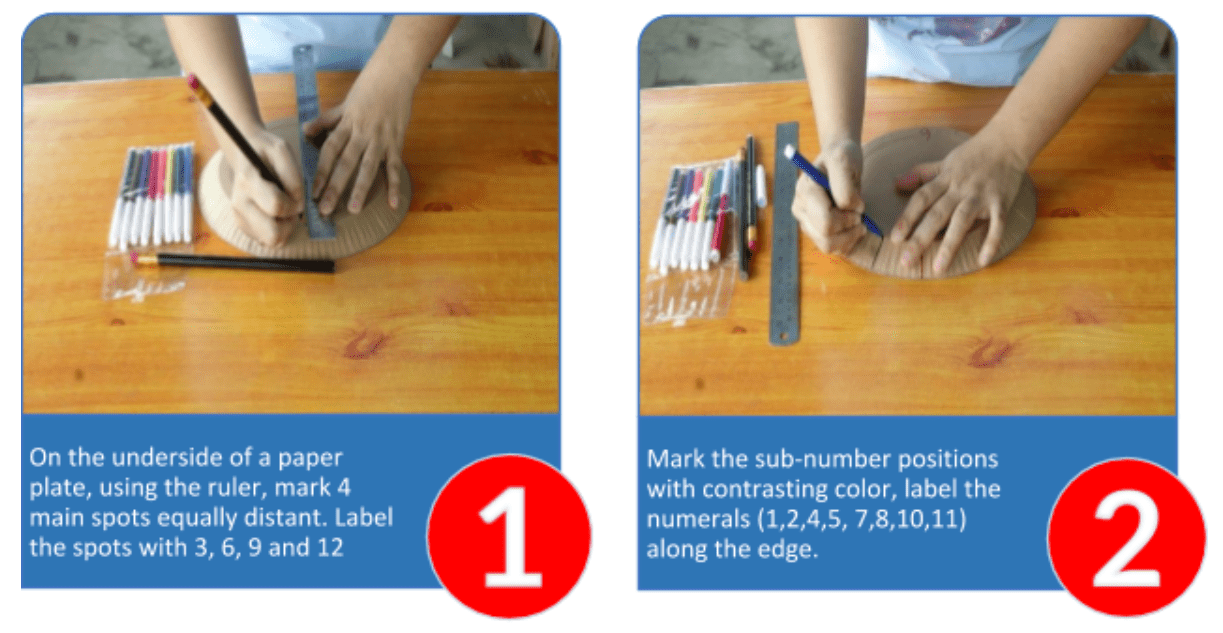 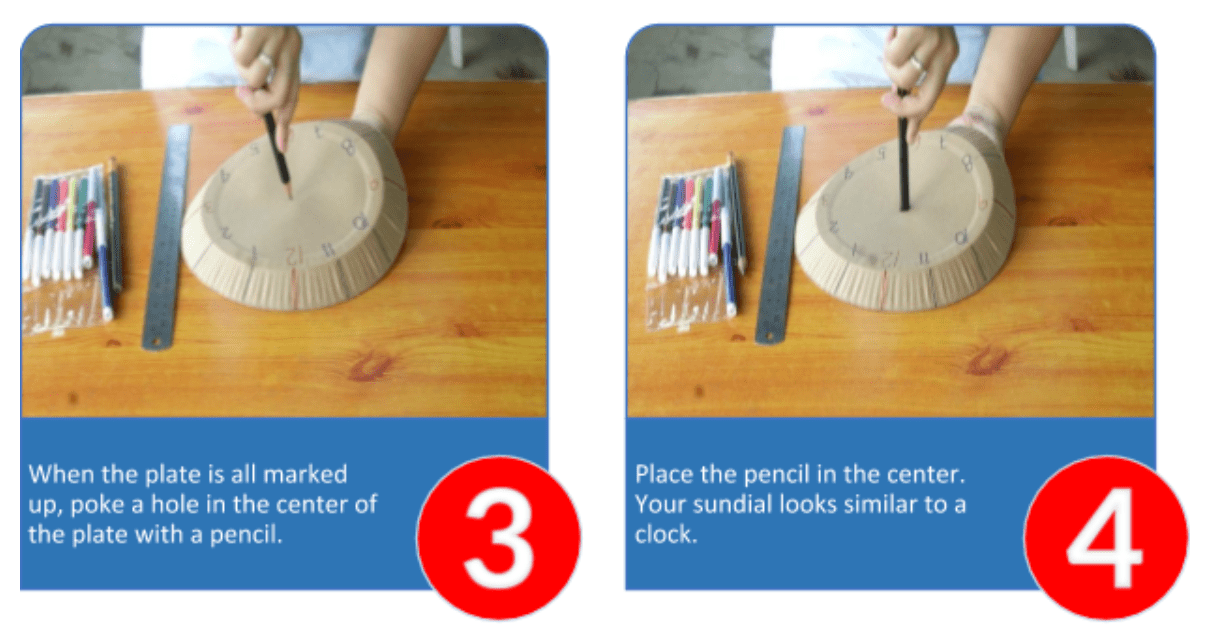 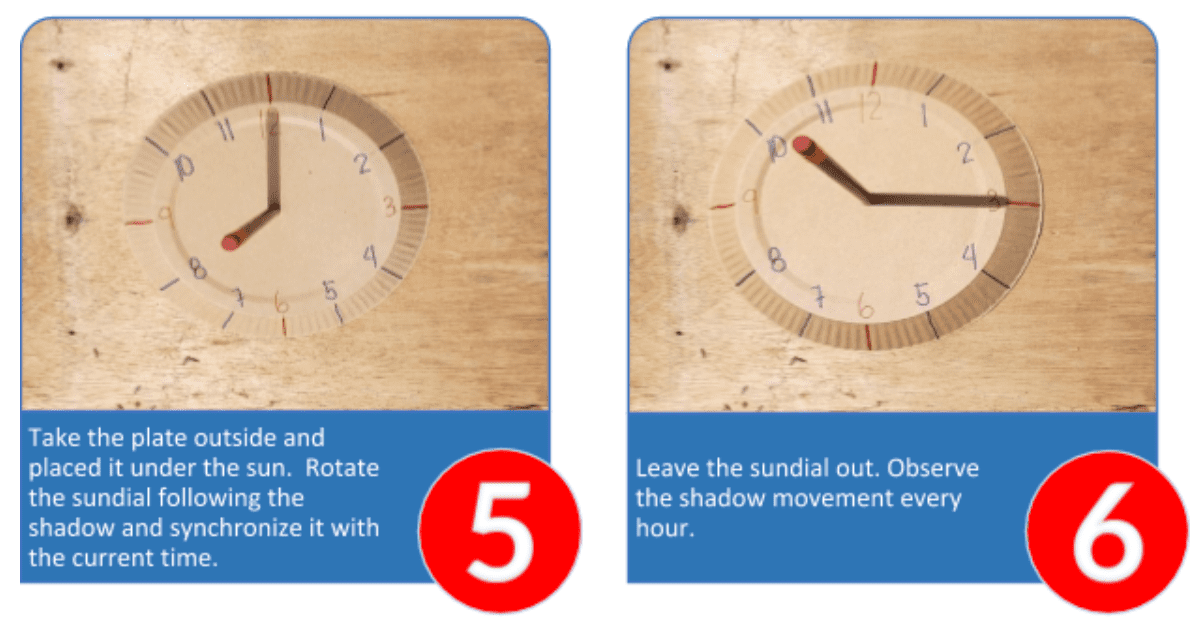 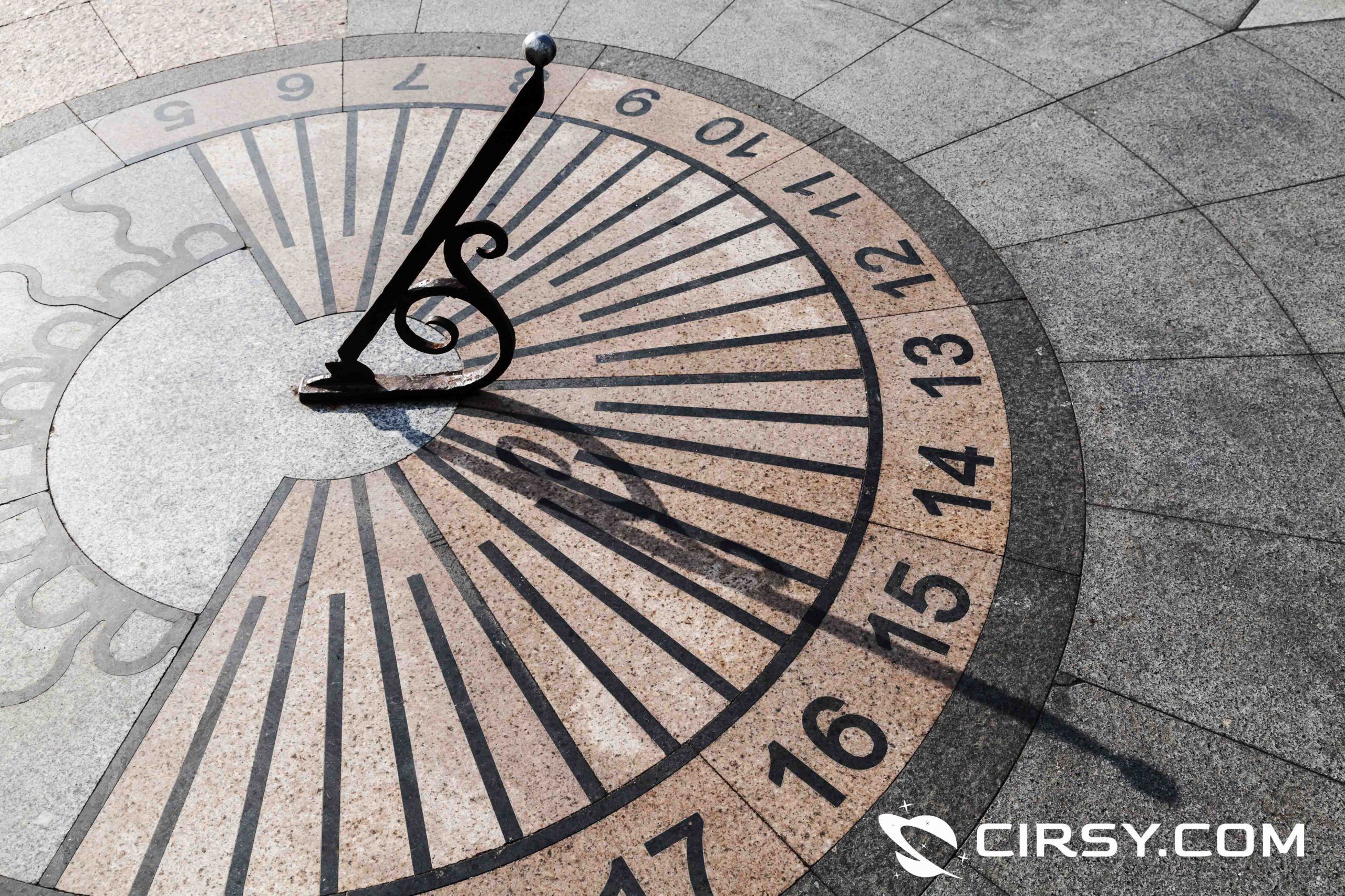 In this experiment, you might have noticed that the shadow was in a different position at each hour, moving clockwise from the starting position.

The movement of the sun across the sky is due to Earth’s rotation on its axis.

The location of the sun in the sky causes the shadow to change on the sundial. The sun is close to the same location in the sky each day as it was at the same time the day before.

You will also note that the shadow’s length on the sundial also varies as the sun’s location changes.

The shadow starts to get shorter and shorter in the morning, longer and longer in the afternoon.